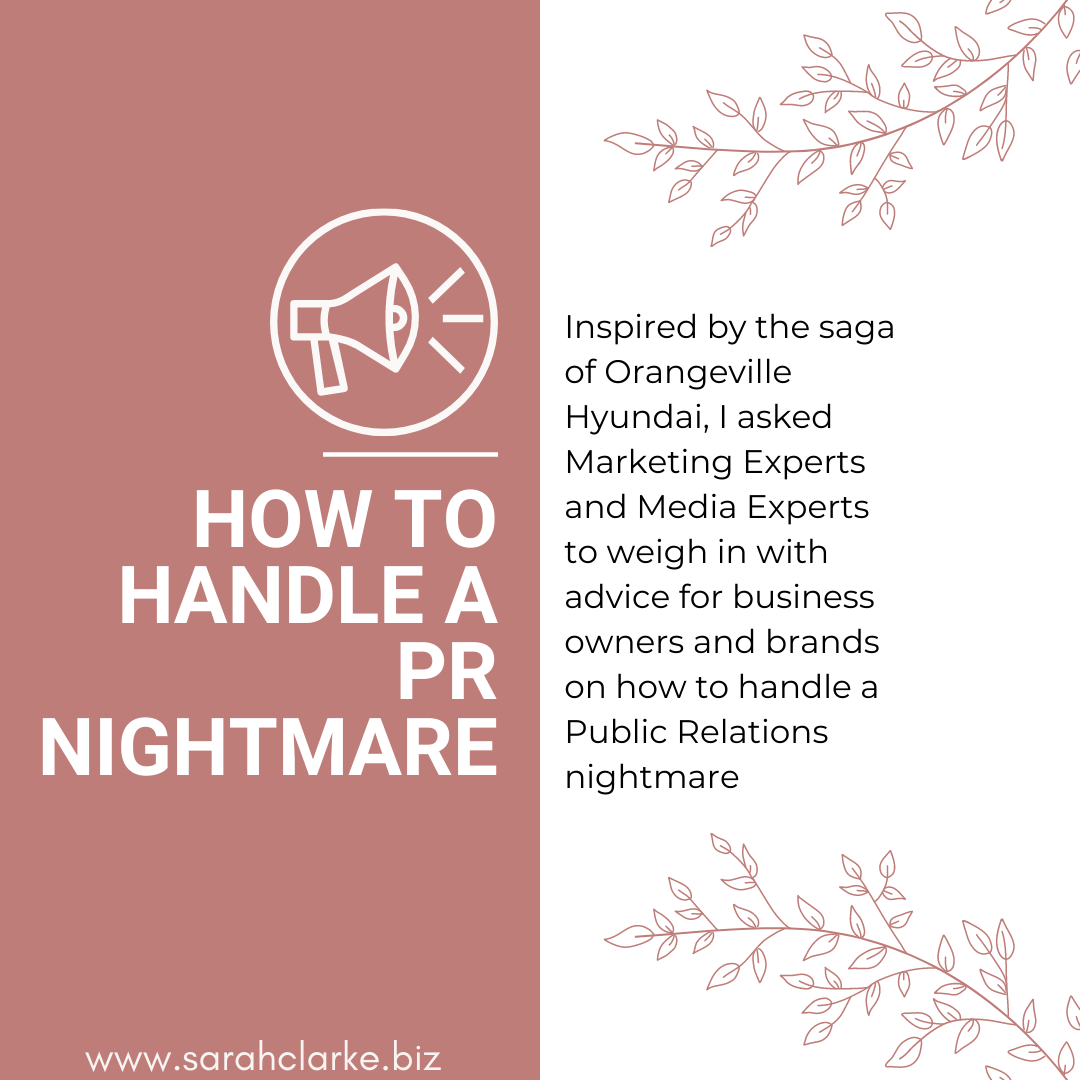 The Saga of Orangeville Hyundai

Recently in my hometown of Orangeville, Ontario, Canada a situation unfolded at a local automotive dealership that quickly became national news, and a PR nightmare for the company.

Basically a part was stolen from a vehicle while on the lot of the Hyundai dealership, and the owner not only took no responsibility whatsoever he actually called the police on the customer who arrived to complain.  She posted this to Facebook and it blew up.

The story was picked up by Sean O'Shea from Global News and spread like wildfire across the internet.  This not only created a Media & Public Relations nightmare for the local dealership, the business owner, but also for Hyundai Canada.

This Youtube video is also a great exploration of the legal implications of the situation, though not the purpose of this article it might be of interest to watch.

How to Handle a PR Nightmare (or better yet - prevent one from happening in the first place).

The reason I wanted to write about this and explore the subject is because I believe there are some lessons that can be learned from this situation.  Either by other business owners who might find themselves in a similar situation, or those who want to make sure strategies are in place to prevent such a situation.

I myself have been the target of negative customer feedback, as I'm sure many business owners can relate to.  The key is to do everything you can to prevent an unhappy customer in the first place, and then ultimately be prepared to respond if they do post to social media.  (or Google).

I reached out to some of my trusted Twitter friends - and you will see their suggestions below.  All great input to this topic.

In general I always suggest - the old rule of thumb "The Customer is Always Right" really can be an important business motto.  And if in fact you or your business has done something wrong, or perceived to be wrong the first thing you say is SORRY.  Take full responsibility, appologize, and offer to make the situation right.  NEVER engage in any form of argument either online or offline.

And if the situation does have legal ramifications, that is outside the scope of this article and I would always suggest you get the advise of a legal professional before proceeding. 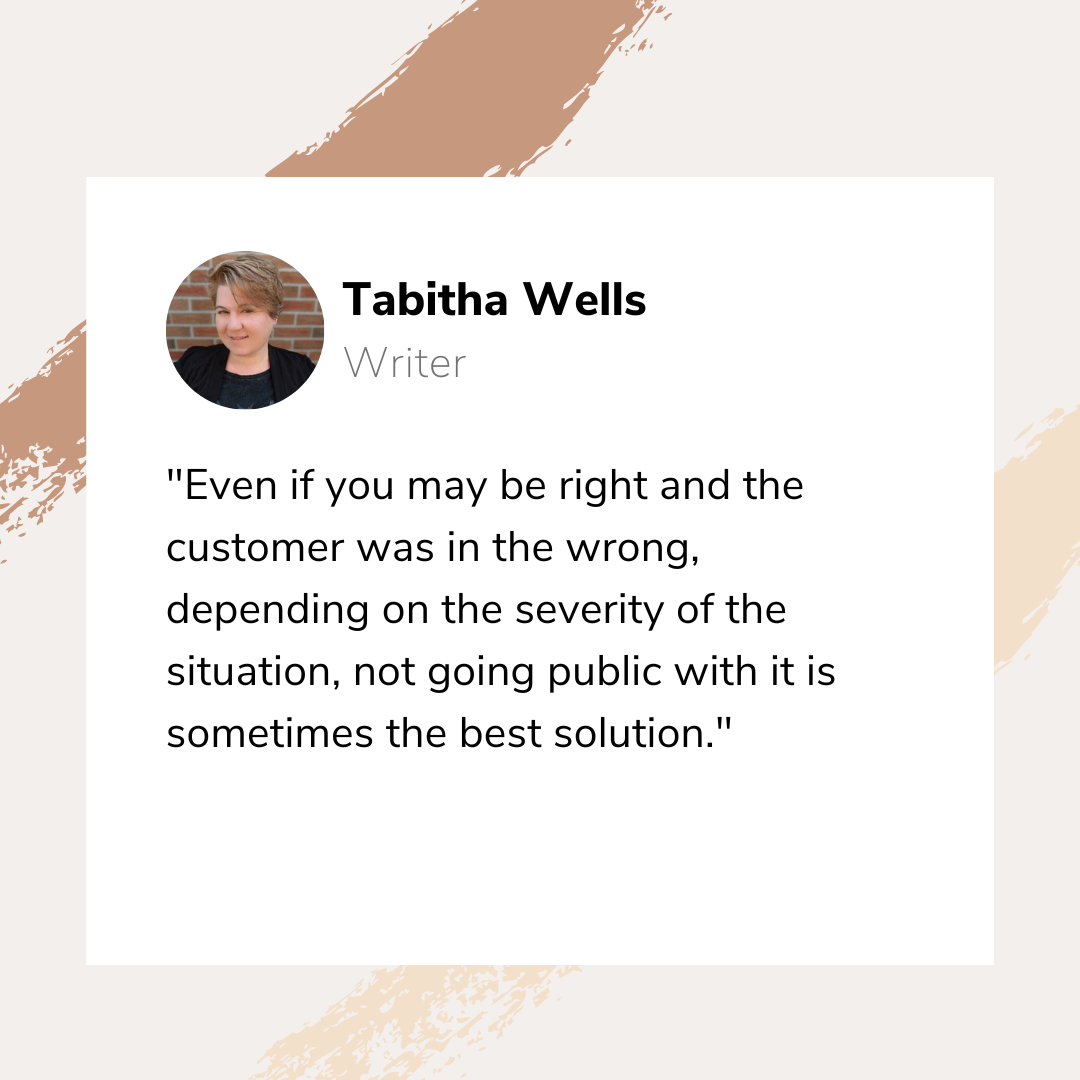 What is your motive?

It’s fairly common these days to take anything negative, especially as a business, straight to social media. How you do it – and why – is something that should always be considered before taking action. Are you putting them on blast to have others echo how terrible it was? Or are you using it as an opportunity to educate customers on acceptable ways to respond, expand upon reasons why things are the way they are, or to remind customers and clients you are only human and kindness and understanding deserves to be levied towards you? Before posting, you should also always consider how it will be received when you share their comments. Even if you may be right and the customer was in the wrong, depending on the severity of the situation, not going public with it is sometimes the best solution. Lastly, the best way to demonstrate genuine intentions for sharing it is by protecting your customer’s privacy. Even if they were awful, blocking out names and anything else which could identify that customer can go a long way to show you are addressing the situation rather than calling out an individual. 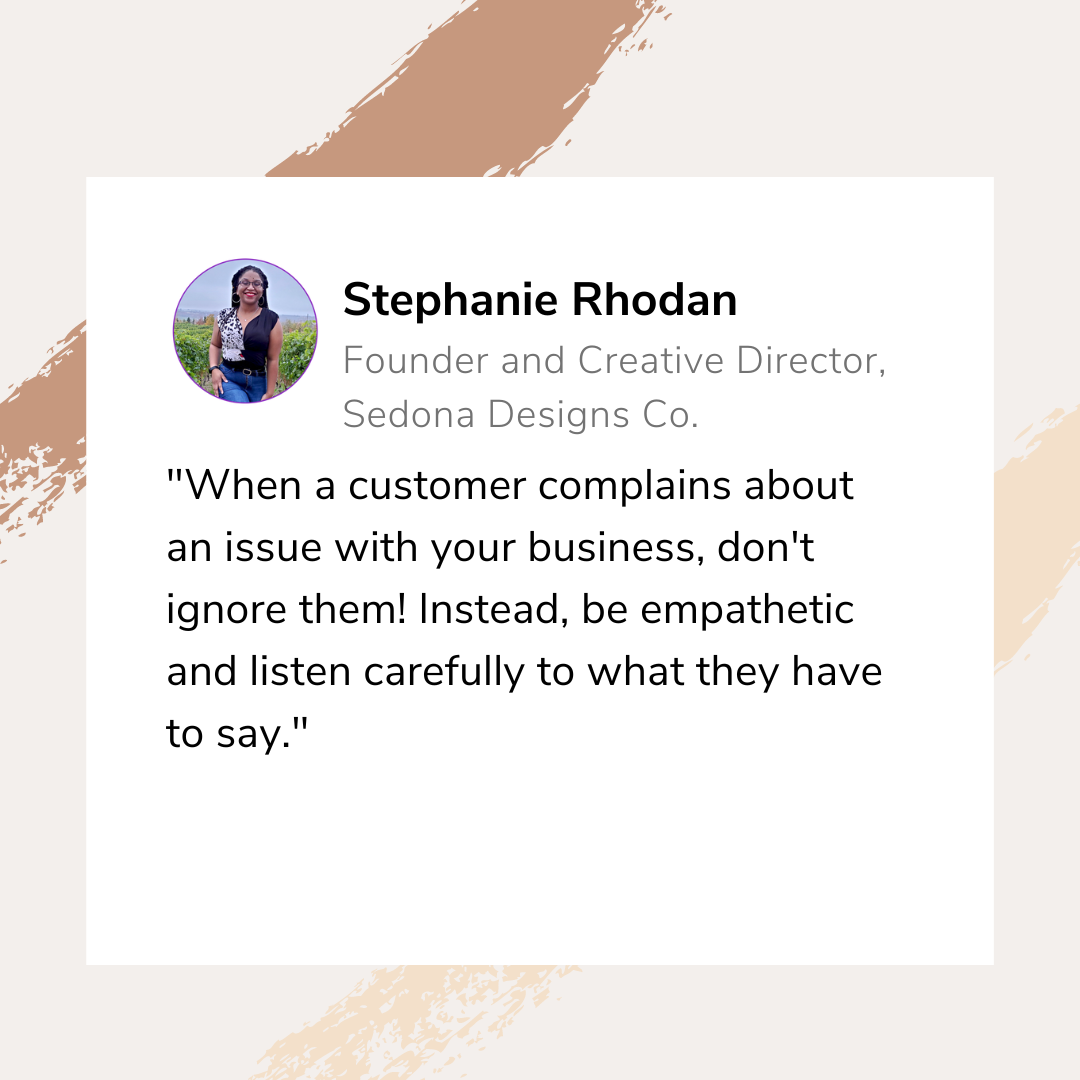 Customer Feedback is Essential for Running a Business

As a business owner, you know that customer feedback is essential for running a business. You want to ensure that you are listening attentively to what your client needs and ensuring their vision is carried out to the best of your ability. When a customer complains about an issue with your business, don't ignore them! Instead, be empathetic and listen carefully to what they have to say. This shows your customers that their concerns are important to you and encourages them to continue giving feedback instead of quitting or spreading rumors about your brand. 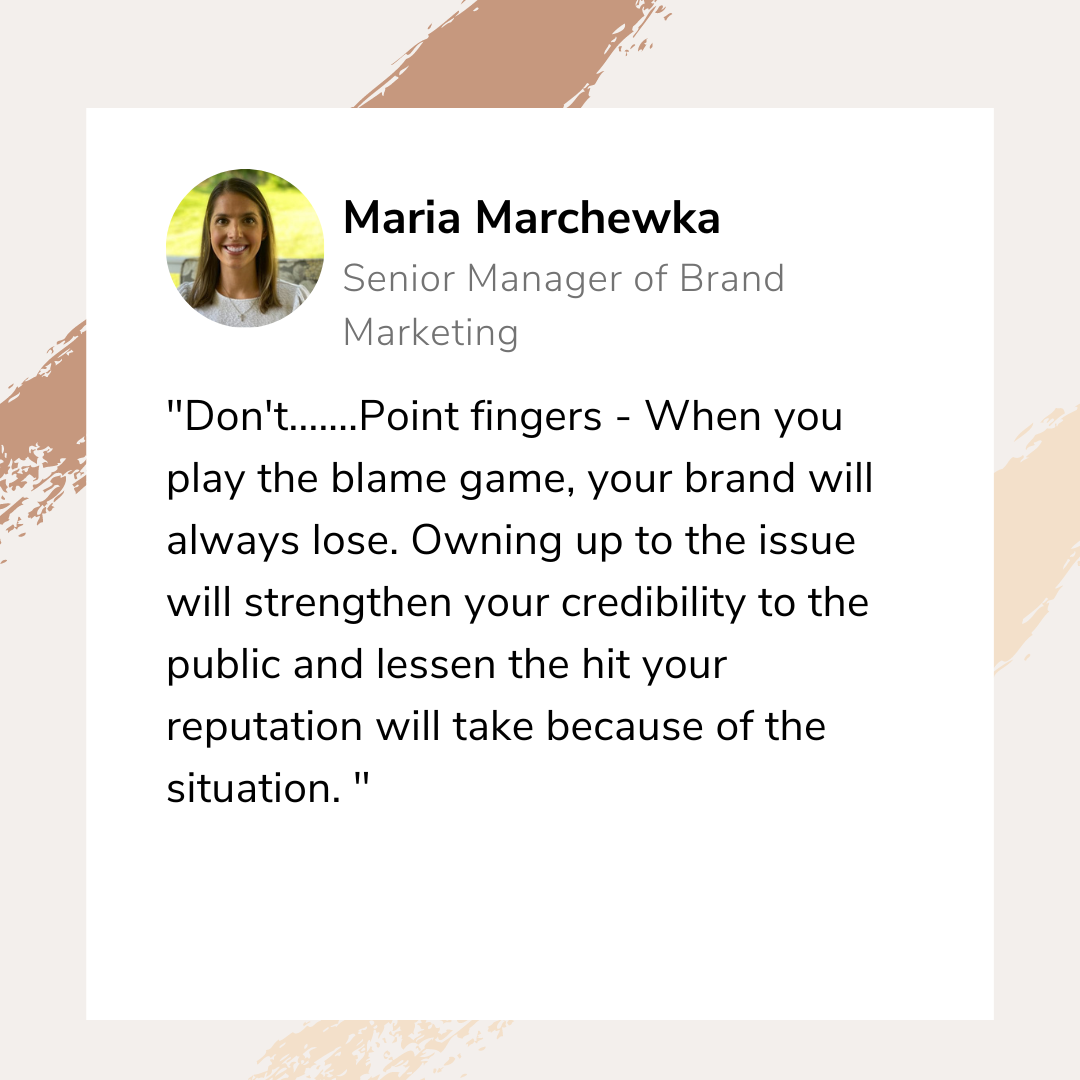 What you Should and Shouldn't Do When you Receive Negative Press

There's a saying that "all publicity is good publicity," but in reality, negative press can make or break a brand depending on how they handle it.

If you've found yourself in the mire of negative press here's what you should AND shouldn't do:

Get the facts straight - When you receive negative press, it's easy to go on the defensive. But, the first thing you should do is slow down and collect all the details so you can plan your response accordingly.

Tell the truth - You're already dealing with bad press, don't add to it by lying. They say "honesty is the best policy" and this is especially true when dealing with a negative situation. Address the problem head-on and don't hide anything. Consumers buy from brands they trust and if you try and pull the wool over their eyes with lies and a pithy response, you'll find yourself in even hotter waters.

Stick to the point - As difficult as it might be, address the negative press head-on and stay on topic. Diverting the attention away from the problem will only magnify it.

Ignore the problem - "Silence speaks louder than words." It's not fun to deal with negative press, but ignoring the problem isn't the answer. When faced with bad publicity, get the facts straight, tell the truth, and address the issue and only the issue.

Point fingers - When you play the blame game, your brand will always lose. Owning up to the issue will strengthen your credibility to the public and lessen the hit your reputation will take because of the situation.

Wing it - Before making a public statement, get your ducks in line and create a response that acknowledges the problem, highlights a solution and addresses an action plan for the future so a problem like the one you're dealing with won't happen again.

Hyundai steps in after Global News story on Orangeville dealer

And as a follow up to the story - Hyundai Canada stepped in - moved the car, corrected the issue, and also provided the customer with a $500 gift card to apologize for how the dealership owner in Orangeville treated the customer.